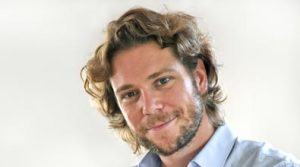 After having studied at the University of Lausanne, Pierre Monnard attended Film School Bournemouth in England and graduated with a major in “directing”. During his stay in the U.K. he carried out the short films “Swapped” and “Come Closer”, both screened on Festivals worldwide and winning more than 20 awards including the Swiss Film Prize for “Best Short Film” and a Boards Magazine Nomination for “Best Movie of the Year”.

Due to his early Successes, Pierre could soon lead productions of commercials in the U.K., Switzerland, France and Germany, for Clients such as MTV, Stella Artois or Crédit Suisse. Furthermore, he regularly carries out video clips for major labels including Warner, Sony and Universal. He often works with artists like Sliimy, Calogero or Grand Corps Malade.

Pierre’s works are renowned for their humorous and human touch and their unique visual  style, for which they made it on the Short List of the Lions Festival in Cannes (Emmentaler “Holes”), won ADC-Awards (Emmentaler “holes”, Theatre Zurich “Hot-Dog”) and were nominated at the NRJ Music Awards.

Sorry, the comment form is closed at this time.