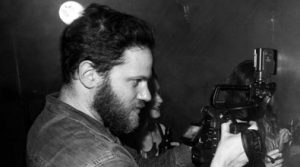 Yehonatan Richter-Levin was born in 1980 in Tel-Aviv. He came to Berlin in 2002 and worked as a photographer and video artist. In 2005 he moved to Frankfurt to study at the art and design academy until completing his diploma in visual communications with focus on directing films. In 2012 he started his career as a freelance commercial director shooting 16 video clips for the legendary German band “Die Ärzte”.
Yehonatan Richter-Levin’s vision is not only in telling great stories for great brands but in finding new ways for brands to reach their target audience with film in the most effective way.